In my previous video I showed a tour of the Ness factory.
What you didn’t see is my talk with the head design engineer about the blown PCB (he didn’t want to be on camera), which they had seen and promptly invited me in for the tour and talk about it.

They confirmed that yes, the blown part was a 50V rated MLCC capacitor across the AC mains plugpack input used for noise suppression, along with the other two caps from each input to mains earth.
The two MOVs are used for the input protection.
They have never seen this issue before, and the best explanation we can come up with is as expected – it was not a surge (which would have been captured by the MOVs) but a one-in-a-million outlier on the capacitor mortality bell curve that:
a) Just so happened to fail short (fail open is another common MLCC failure mechanism)
b) Just so happened to fail high enough short to not blow the fuse in the plugpack but instead allow the plugpack energy to be dissipated in the capacitor for long enough to burn the board as it did.
c) Just so happen to continue to fail at the right short value for a sustained period of time.

Bottom line is they have used this circuit in probably over a million installed panels on many designs over decades and have not seen this before, so it’s a pretty rare event.
Incidentally the Bosch panels also use this exact same input circuit (stolen from Ness it seems)

The capacitor is actually a bit unnecessary in the circuit and they could actually just leave it out, and they will look into that possibility.
Two capacitors could be used in series for extra protection, and is another future design change possibility.
The plugpack is fused and should normally be adequate to protect against a failure such as this, so it’s certainly not anything close to a recall issue. Just one of those rare events.
They are certainly a professional outfit and do take product safety and reliability very seriously.

Onto other things:
The MOVs that are left out of the zone inputs are done deliberately to save cost (and are not needed) for the Australian market. The MOV’s are only fitted for the South East Asia market where severe and frequent thunderstorms are common. The inputs have the spark gap protection plus two levels of input resistor protection. And their testing (and a million+ panels in the field) show that the MOVs are not needed in local markets for regular lighting surges.

The light bulbs on the battery are indeed used for battery charge regulation. They a low cost and reliable option for this, and provide a visual feedback and protection for installers who like to short things out!
They don’t like the look of them on the board either, but it’s been a reliable system for them for several decades now.

As I suspected, the micro does still use some original assembly code from the early days, but much of the new higher level code is C.

And yes, they came good and replaced the panel for me! 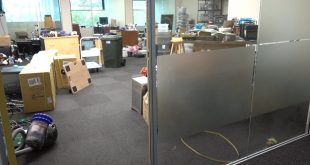 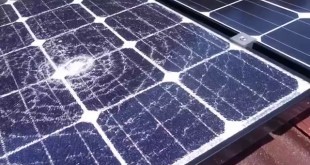 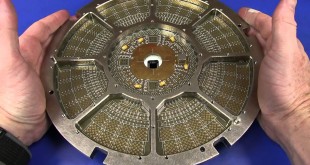 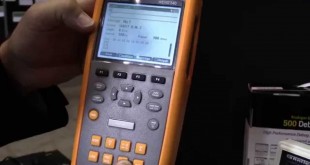 A very brief look at the new WENS 540 Debug Meter with Charles from Trio ...

About
© Copyright 2021 David L. Jones. EEVBlog is a registered trademark. Built by iNerds